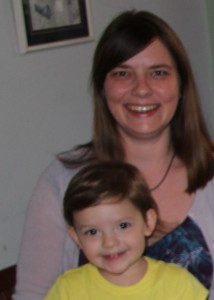 In addition to spending some well-deserved quality time with my family at home this holiday season, I have finally had enough free time create a new 2013 calendar to share with my friends and family. A tradition of mine since 2005, I have been too busy in recent years to compile my favorite photographs and design the custom calendar layout. I’m so pleased to resurrect this one of my favorite holiday traditions this year!

My 2013 edition shamelessly features my daughter, Helena Rose throughout, so it is sure to bring a smile to your (or at least mine) face everyday.

(All images are the sole property of me. Do not sell or reproduce without permission. Printing for personal use is permitted.)

Recently, I waxed philosophical about certain demographics’ adoption of Google+ and how it drives participation and content there. Another great example of how Google is implementing content driving services to their new G+ adopters is the crowd-sourcing photography feature, Party Mode. Basically, Party Mode enables smartphones to automatically upload any photos or videos taken during an event to the Google Event, sharing them with other attendees in real time.

What a great feature! Live, real-time photo sharing?! There are vendors charging an arm and leg to provide this kind of service, including hardware and complicated infrastructure set ups. However, by capitalizing on the phenomenal growth of the BYOD (bring your own device) craze and the ubiquity of high-speed data network access (4G, LTE, etc) for smartphones, groups of any size can crowd-source party pics!

There are unlimited possibilities for nonprofit organizations and special event managers to use this free functionality:

If you want to try this at your event, start by setting up your event in Google+ and inviting attendees. Provide instructions to attendees when they get there: Log into G+, Join Event, Enable Party Mode. If attendees have already joined the event on Google+ and have a Droid smartphone, the event will already be on their calendar and (depending on settings) they will receive automatic notification to start Party Mode at the start time of the Event. (Bonus! = You don’t have to do a thing!) For other attendees, consider providing a 2D bar code (QR code, MS tag) that links to the Event page itself, so they can join too without having to search for it.

I am technical director (and stage manager, and marketing director, and photographer, and lighting designer…) for the Polish Thespian Project production of Shakespeare’s Measure for Measure as part of the Summer Acts! festival at City Theatre in Austin, Texas.

Justice meets mercy and virtue encounters vice in Shakespeare’s probing dark comedy. The Duke leaves his puritanical Deputy Angelo in charge, hoping he will rid the city of corruption. Though Angelo enforces the law, he becomes entangled in a web of lies when he is attracted to a young novice pleading for the life of her condemned brother. The bard masterfully restores order and even creates a happy ending.

I know what you’re thinking. “Ridiculous! I checked that out a few weeks back, but since none of my friends are on Google+, I went back to Facebook. Wasn’t that just some sort of craze?”

It’s true. Usage dropped off significantly after the first initial rush. And Facebook has matched most of the functionality that made Google+ unique in the first place, but there is a reason why Google will eventually win this battle. They have a key integration that Facebook can’t touch – Picasa.

I love Google’s Picasa. Here’s why: I can edit, tag, annotate, and organize my photos offline. You can’t do that on Facebook or on Flickr.

With the stand-alone Picasa application that installs on my computer, I do not have to be connected to the internet to create an album. This is crucial when I’m, for example, on vacation and don’t have a regular internet connection. No one wants to spend their scarce holiday hours locked away in a coffee shop, fighting with Facebook’s photo uploader, wasting precious daylight tagging and commenting. With Picasa, I can do it all “back at camp” in the evenings and then upload the whole album, tags, comments and all, when I get to a wifi hotspot.

Because of this offline capability, I use Picasa all the time, even when I’m not on holiday. There is no (and never will be) an easy way to share my Picasa albums on Facebook, so I would love to have all my friends leave the book of faces behind and come over to the Goog-side. I want them to have their account so they comment, +/like, and share my photos, just as they would if I had uploaded all my images to Facebook. That way, I get all the benefits of the social sharing, but I can keep using the offline, stand-alone Picasa app to manage my photos.

I’m not saying that Picasa is the best photo manager out there – far from it. But its integration with Google+ will be the killer feature that encourages more users to share their photos on Google+ rather than on Facebook. Status updates with photos are 120% more likely to get interaction than text only posts.

The more photos I post, the more content there will be, the more of my friends will come over to browse.

Wake up Facebook and smell the photo management app! It will be the key to future social site adoption!